5 Proven Benefits of Beta-Alanine for Lifting 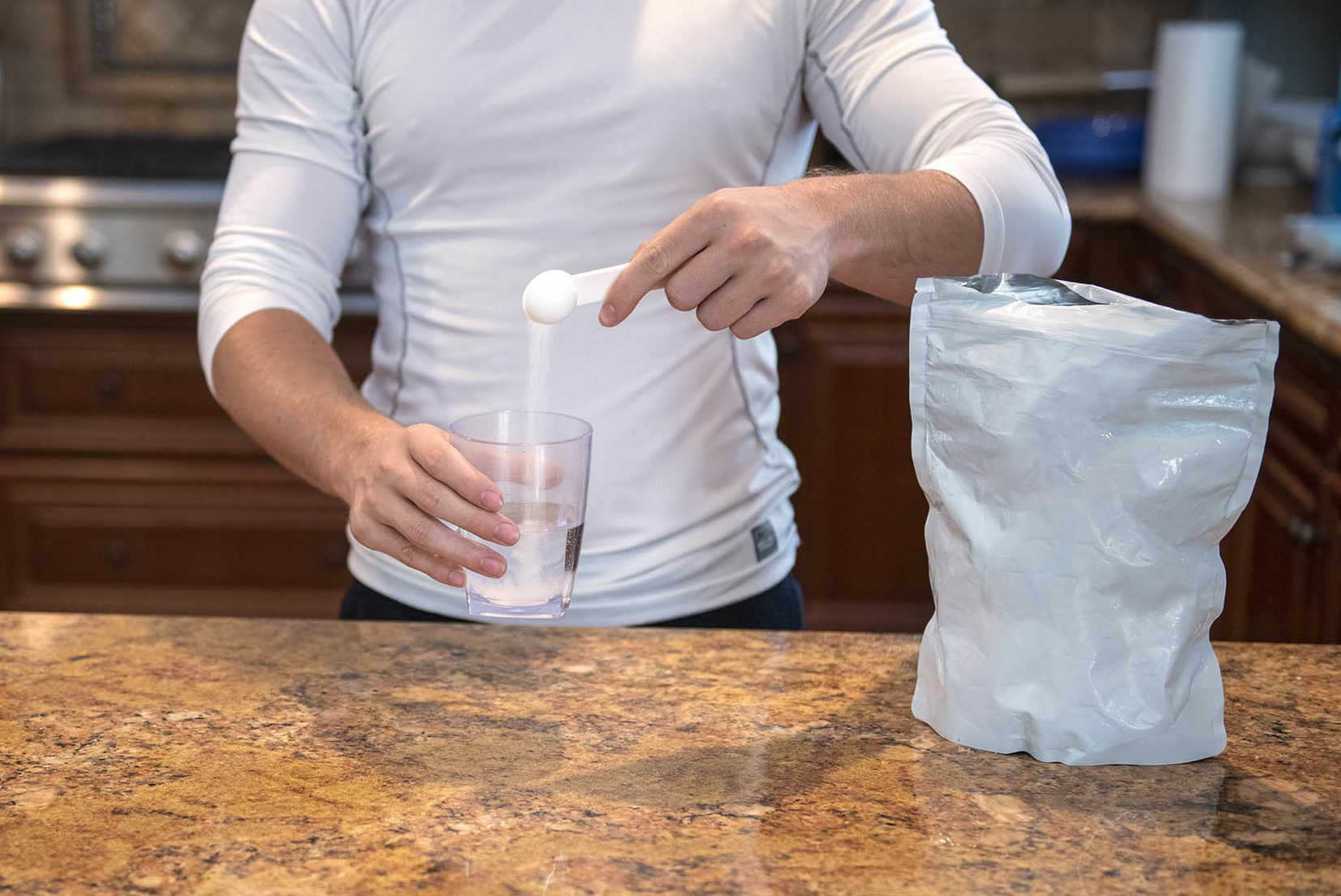 Among protein, creatine, and BCAA’s, beta-alanine (β-Alanine) is one of the most commonly toted supplements to take for enhanced performance and optimized results from lifting. A simple search on google about beta-alanine will return many reported advantages beta-alanine boasts such as increased endurance and stamina, increased overall strength, lower muscle point of fatigue, better results in building lean muscle, and more.

Beta-alanine is a non-essential amino acid meaning it can be produced by the body and does not need to be supplied by food. It has been proven to have an impact on performance in the gym as well as overall better recovery from training.

These results are linked with beta-alanine because of its ability to act as a buffer to lactic acid. It is able to do this by being converted into carnosine which can decrease stress hormones, act as an intracellular hydrogen buffer, and even cure neurological mood disorders such as anxiety and depression.

While beta-alanine is naturally found in the body and many foods, supplementing with a dosage of 4-6g per day has been proven to give weightlifters an edge.

The 5 main positive impacts that beta-alanine has are an improvement of reps able to be done per set, less needed recovery between sets, more lean muscle mass in response to training, reduction of inflammation, and a more optimal response from taking creatine.

The most well-known benefit of supplementation with beta-alanine is the decrease in muscle fatigue. In short, beta-alanine extends the limit to which you can push your muscles by reducing the build up of lactic acid.

One study found that supplementation with beta-alanine increased the number of reps performed per set by 1.21 reps compared to the control group following 5 weeks of strength training when beta-alanine was taken in doses of 6.4g per day.

A second study discovered that following beta-alanine doses of 4.8g per day there was a 22% increase in totals reps completed after 30 days of strength training when compared to those who did not supplement with beta-alanine.

This increase in reps in significant enough to pair beta-alanine with improved strength, improving workouts and accelerating the rate of progress.

A second positive effect from taking beta-alanine is that muscles need less time to recovery in between sets during strength training. Beta-alanine improves recovery between sets by decreasing neuromuscular fatigue which allows muscles to exert more continual force following training.

The amount of time your body needs in between sets at the gym to recover is very important. Gains are made through volume and consistency so any improvement in either of those aspects will result in a better physique and improved strength.

Less time needed in between sets means that more total sets can be done. When trying to fit a pull session in on a Saturday before a night out or busting out a leg training sesh on a Tuesday after class, the efficiency of the workouts is crucial. Beta-alanine gives that extra time by aiding the muscles in recovery after each set is performed, allowing for a higher volume done per session.

If there’s one thing which unites every weightlifter at a gym it’s the desire to increase lean muscle mass.

Some may place more emphasis on losing fat, others may be more inclined to powerlifting, but ultimately if you’re in the gym it’s because you want to strengthen your body and force it to repair itself, creating an improved version of you.

In a double-blind study 22 college wrestlers and 15 college football players were split into 2 groups, one group received 4g of beta-alanine and the other group was given the placebo.

The physiques of those supplementing with beta-alanine were improved. This improvement is paired with the decrease of stress hormones from taking beta-alanine, better recovery, and reduction in acid buildup in muscles during training.

Aside from better training and recovery, once beta-alanine is converted to carnosine there are many positive results that affect health.

Carsonine has been found to hold antioxidant properties that give cells protection from free radicals. Antioxidants are various substances which defend cells from damage. This protection reduces inflammation and lowers the risk of heart disease, cancer, and other degenerative diseases that correlate with aging.

Finally, beta-alanine also yields better results from creatine when both supplements are taken. A study in 2006 on the combination of creatine and beta-alanine discovered that when creatine is taken with beta-alanine the total effect is greater than the effect of creatine on it’s own.

The group administered with both creatine and beta-alanine increased their 1RM more than the group merely taking creatine. This shows that the improved strength from creatine is compounded by beta-alanine when they are simultaneously used.

To obtain all these benefits, the best dose of beta-alanine appears to be an onset of 4-6g per day for 2-4 weeks followed by 1-1.5g daily to maintain the benefits from this supplement.

Beta-alanine is best taken at intervals throughout the day. Although it is often taken directly before a workout, small doses consumed a few hours apart will keep carsonine levels elevated consistently allowing your body to utilize the beta-alanine as it’s needed.

The optimal dosing of beta-alanine during loading would a morning dose of around 1g, a dose before a workout session of 2g, and a dose after a workout in the evening of 1.5-2g.

Dosing beta-alanine on a different schedule than this one will still yield results however in the interest of avoiding the well-known beta-alanine “tingles” (although some may enjoy this feeling) and maintaining consistant levels of carsonine, three doses per day is optimal.

After listing the benefits of beta-alanine and providing all information pertaining to it’s administration and use, some may now be wondering what the best source of beta-alanine is and where to buy it.

To answer, in the interest of price and quality the best product currently on the market is the 500g beta-alanine pack by Bulk Supplements.

The reasons for this recommendation is that this product provides 500g of beta-alanine for $20.96 which is enough for 28 days of 4g per day during loading then 388 days of maintenance doses. That means $20 can supply almost 14 months of using beta-alanine.

Most other beta-alanine supplements provide around 20-30 servings of 2-3g beta-alanine per serving which only amounts to 40-90 grams total even though the price is the same.

Although beta-alanine intake could be received from food alone, this would require more planning and a limited diet in order to get the same amount of beta-alanine that an isolated beta-alanine supplement provides, not too mention how much the food items would cost compared to beta-alanine purchased as a supplement.

To summarize, beta-alanine has been proven through studies that it can increase the number of reps per set performed, lower how long recovery takes between sets, add lean muscle mass, lower inflammation, and facilitate the body’s use of creatine.

The only reported negative side effect from beta-alanine are the tingles, or paraesthesia, resulting from higher doses. Some may find this sensation uncomfortable, strengthening the argument for staggered dosing throughout the day, while others may enjoy it as a sign that the beta-alanine is having an effect. Either way, this sensation is not a sign worthy of alarm and there are no reported medical incidents related to beta-alanine making it a safe addition to the repertoire of anyone looking for a boost.

For more on supplements, such as why eating ginger can increase testosterone and how tongkat ali can improve the results from weightlifting, click here.