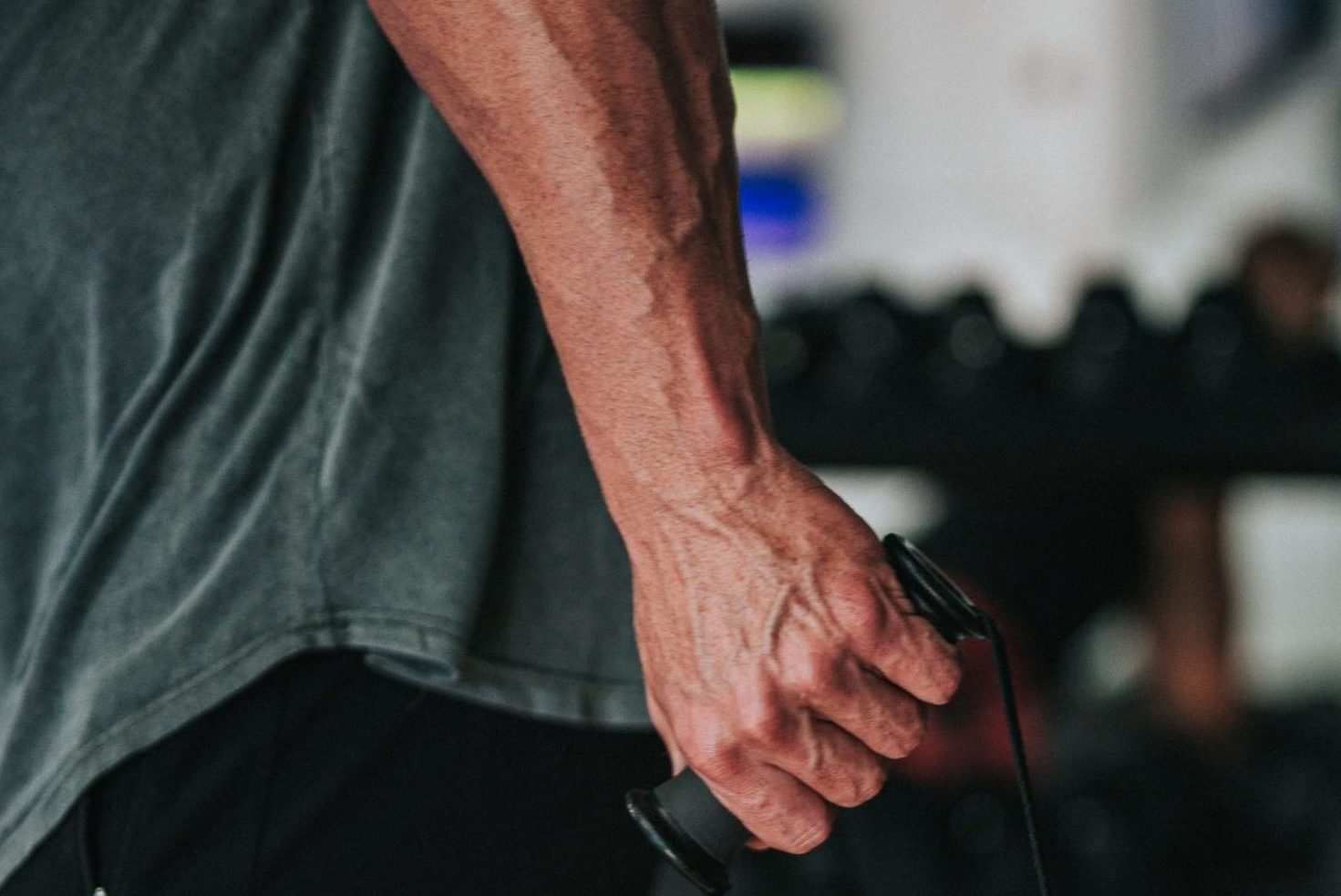 A common debate among weightlifters is wether or not forearm isolation exercises are necessary.

On one side of this dispute, compound exercises like the deadlift and pull-up are excellent at stimulating forearm growth while also working out larger muscle groups as well. Deadlifts have the capacity to workout the quadriceps, hamstrings, glutes, lower and upper back, traps, and biceps, as well as forearms.

Since exercises like the deadlift are so great at hitting multiple muscle groups some may opt out of isolation exercises and simply do compound movements.

On the other side, isolation exercises grant the ability to be more proactive in how your physique looks. Popular exercises like machine assisted calf raises, forearm curls, and tricep extensions are able to target specific muscle groups and maximize motor unit recruitment (more muscle fibers being used) which gives a greater return for that specific muscle group then a compound exercise.

Another point to be made for isolation exercises is that muscle groups grow at different rates for different people. Some may naturally have larger backs while other may have superior calf genetics. Because of this, it is best to optimize your training so that it is tailored to your own strengths and weaknesses.

Many are interested in forearm isolation exercises because forearms are one of the more noticeable body parts and also play a major role in overall strength since they are used for close to every pulling exercise.

Before listing the best isolation exercises for forearms, understanding their basic anatomy is important. The forearms are made up of two major muscle groups. These are the flexors (anterior forearm) and extensors (posterior forearm). The flexors are involved in flexion, curling your hand upward and inward toward the body and the extensors deal with extension, extending the hand outward and away from the body. All the following forearm isolation exercises will target at least one if not both of these two groups.

If you have access to a pull-up bar one of the best all-time exercises for forearms as well as overall grip strength is the dead hang.

There is a long list of benefits from dead hangs, some of the more notable ones include improved grip strength, spinal decompression, improved shoulder joint range of motion, reduction in shoulder pain, improved overall posture, lat elongation, and, of course, forearm hypertrophy.

Dead hangs are a great isolation exercise for forearms however it has made the top of the list because of how beneficial it is for other areas of health.

An orthopedic surgeon, Dr. John Kirsch, researched shoulders and hanging for more than 20 years and came to the conclusion that dead hanging is a cure for the majority of shoulder-related problems people have. In his book, he reasons that humans are designed to be able to hang and swing, similar to monkeys, due to our anatomy. Despite our shoulder being suited for hanging, in modern times there is no need for prolonged periods of hanging from branches or bars so our muscles are never stimulated as they’re meant to be leading to problems such as shoulder impingement syndrome, rotator cuff tears, frozen shoulder, and other bothersome pains.

He found through implementation of dead hanging, 90 out of 92 people with shoulder injuries were cured.

This is about a 98% success rate. Even more impressive is that all 92 people who tested dead hanging had been told they needed surgery to fix their shoulders so 90 people saved thousands of dollars on operation, and probably even more on physical therapy, by simply hanging onto a bar.

If this is not enough evidence for dead hangs, or maybe you do not have any shoulder ailments, the benefits of dead hanging on the spine and posture are additional reasons to do this exercise. Dead hanging creates more space between joints, improving posture, relieving stress on your spine, and possibly even having a positive impact on height.

Dead hanging also strengthens the abdominal muscles, works out the anterior and posterior forearm, and greatly improves grip strength which spills over to improvement on deadlifts, bicep curls, rows, and a large number of other exercises.

The second exercise for forearm isolation which is worthy of mention is wrist rolls.

The extensors of the forearm (posterior) are an underworked muscle group. While the deadlift, farmer walks, and shrugs all activate the flexors, or anterior side, the extensors are often ignored.

This exercise became well-known due to it being a staple in Bruce Lee’s workout routine. Wrist rolling, also called “wrist curling” by Bruce Lee, is an excellent way to activate all muscle groups of the forearm and build mass as well as functional grip strength. It also requires a little effort from the shoulders but it is mostly a forearm isolation exercise.

To do wrist rolls, you will mostly likely need a specific piece of wrist roller equipment or, alternatively, a bar, rope, and weight. It is possible to do this exercise with household items such as a broom, thick string, and milk jug for example however this will take a bit of engineering knowledge to pull off. Many gyms have wrist rollers and if not one can be bought online.

This exercise is done by “rolling” your wrists to bring the weight up to the bar and then controlling it back down in the same way. Wrist rolling can be done by rolling your wrists toward from your body or away, both directions will work all muscles of the forearm just with different muscles being emphasized.

This is a commonly done exercise among powerlifters because of how well it translates over to other exercises in competitive weightlifting.

To perform this exercise it is recommended to have a plate, although dumbbells and even barbells could also work for this movement. A plate is the most optimal for this movement simply because of the grip it allows you to have. The majority of all gyms have plates so it should not be too difficult to do this exercise. If you do not attend gyms and workout at home, plates with 1 inch width can be purchased for $20-$70 depending on weight and plates with 2 inch width can be purchased for $40-$130 also varying based on weight. The 2 inch width plates are more optimal to use for this exercise but it is by no means necessary, even items like milk jugs, chairs, and backpacks could be used without too great difficulty.

Standing plate hand squeezes are done, as they sound, by holding a plate in either hand and squeezing the weight. To execute the squeeze, first relax your hand while holding onto the weight then clench your fist, bringing the weight up and contracting the muscles in the forearm.

This exercise mostly activates the flexors in the forearm but it also recruits the extensors slightly. To activate all muscle fibers of both the anterior and posterior, curl your wrist up and outward at the end of the squeeze.

The last exercise is standing wrist curls. Standing wrist curls are the most common forearm isolation exercise done by weightlifters. They are the obvious way to stimulate the muscles in the forearm and hold a place in many lifting routines.

Standing wrist curls and its variation, standing reverse wrist curls, are both very easy and effective at building forearms and improving grip.

Other Ways To Workout Forearms

In addition to these forearm isolation exercises, there is a plethora of other ways increase forearm strength and size. Deadlifts, pull-ups, and rows are all great foundational pull exercises that also hit forearms. Weighted pull-ups are excellent for lats while also recruiting the forearms, bicep curls are a good exercise for the biceps and forearm flexors, and reverse bicep curls are also good for the biceps as well as the forearm extensors.

It is recommended to hit forearms on pull days since they are already being used heavily. If you do not adhere to a push-pull-leg workout routine, forearm isolation exercises can be tagged onto the end of most workouts or just done on a daily basis to speed up their growth.