Why Eating Ginger Can Increase Testosterone 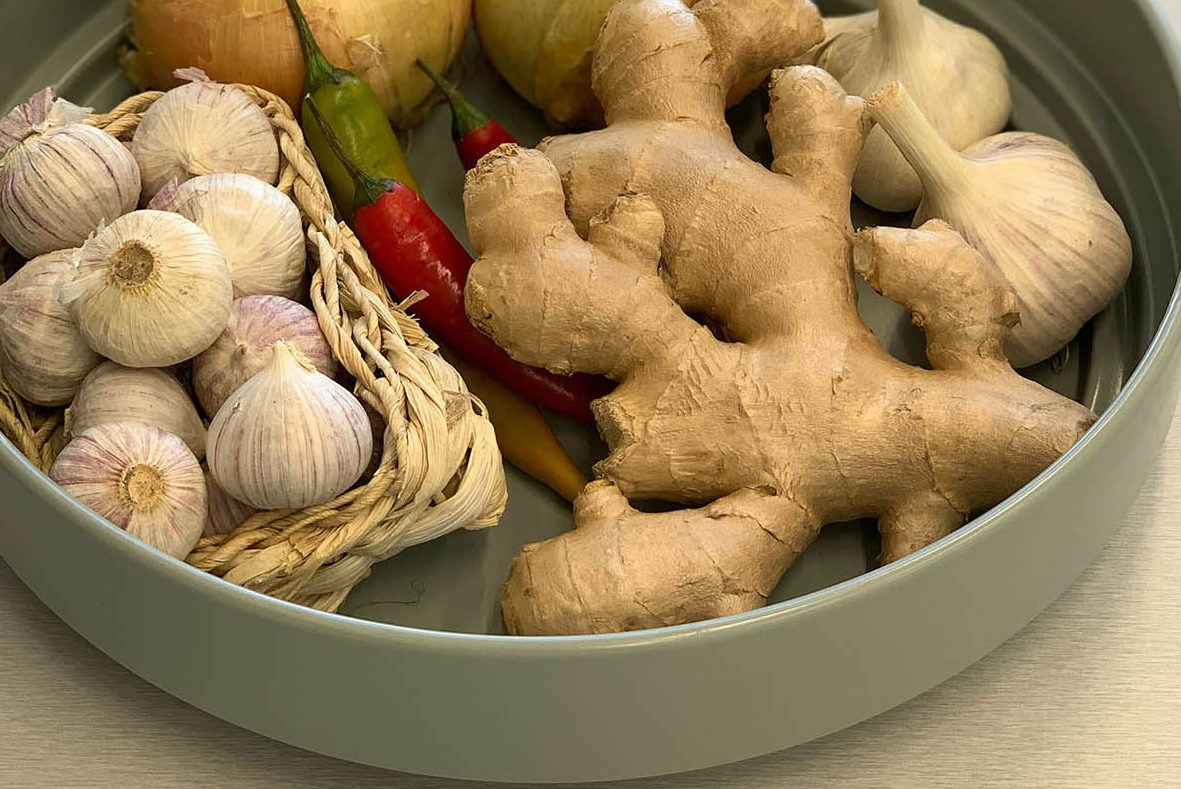 Ginger, or Zingiber officinale, is a tropical plant mainly found in Southeast Asia. Although all of the plant is edible, the root stem of the ginger plant is most commonly eaten and holds all the benefits of consuming ginger.

Ginger is one of the most popular natural supplements and has been eaten for tens of thousands of years. The use of ginger as a tonic is recorded as far back as ancient China, where it was taken for lessening nausea, warming the body, relieving muscle soreness, and treating sickness.

Ginger has a variety of other potential benefits in addition to these and can boost testosterone levels as well decrease levels of body fat and improve circulation. It is available in most nutritional and herbal stores but can also be eaten as a root or added to drinks in the form of a powder or liquid extract.

The Proven Benefits of Ginger Consumption

There are many benefits of consuming ginger. These are all the proven benefits from ginger that current research verifies.

Ginger has a positive impact on hormones. Consuming ginger can increase levels of testosterone by increasing nitric oxide which improves blood flow in the testes, stimulates the release of Lh (luteinizing hormone), and increases the secretion of GnRH (gonadotrophin-releasing hormone).

This review and analysis of current studies on ginger’s effect on testosterone found that ginger supplementation is able to enhance the production of testosterone in men. It supported this effect of ginger on levels of testosterone with evidence that supplementing with ginger can increase LH production, lower oxidative stress, improve circulation and blood flow, increase the level of cholesterol in the testes, and increase overall testicular weight. The combined impact of all these mechanisms leads to higher levels of androgenic hormones in males.

Another study on ginger and fertility also found an increase in LH, FSH (follicle stimulating hormone), and testosterone from taking ginger. It additionally found that sperm motility and sperm count were raised as well as overall ejaculate volume.

This study on the beneficial effects of ginger on immunity, hematology, and thyroid hormones supports the positive effect on ginger on fertility and found that ginger can enhance the thyroid gland, improving hormonal function, supporting the reproductive system, and remedying infertility.

This study found that ginger reduced feelings of hunger and enhanced thermogenesis after eating food. Thermogenesis is the production of heat in the body. All foods have a thermic effect meaning they can increase thermogenesis and impact the metabolic rate, resulting in a larger amount of calories burned. By enhancing thermogenesis and increasing satiety, ginger can make adhering to a cutting diet easier and make fat loss more efficient.

Along with increasing testosterone and thermogenesis, ginger can also reduce DOMS (delayed onset muscle soreness) and improve recovery from exercise.

A study published in the Journal of Pain lead to the finding that ginger can reduce muscle pain from exercise. It also found that ginger supplementation can lower joint inflammation as well. A second study on Iranian athletes also found that 3g ginger per day can decrease muscle soreness following exercise.

Lastly, ginger has been been found to have a positive impact on mood, cognition, mental focus, and overall mental function.

This study on ginger extract found that ginger is able to improve learning and memory. This second study found that taking ginger can enhance cognition and offset mental decline with age.

For mood, this study found that ginger has anxiolytic properties making it effective for lowering anxiety. Another study which gave ginger to women with premenstrual syndrome also found that ginger can be used for improving mood.

How Should You Take Ginger?

To attain these benefits of ginger, there are many different ways to take it. Ginger can be eaten as a root, drank in extract form, added in powder form to smoothies, taken in capsules, or even consumed as a candy or beer.

For convenience, some people may find a powder extract to be the most efficient and cost-effective way to increase their intake. Others may enjoy the taste of ginger and consume it as a treat or beverage. All of these methods of taking ginger are equal as long as the same amount of ginger is consumed from one to the other.

In studies done on ginger, the dosage ranges from 200mg to 3-4g per day. For the positive effects on testosterone and blood flow, the best dose of ginger to take is 1-3g per day. It is recommended to not take more than 5g of ginger a day, however high doses of ginger can be well tolerated by some.

If you are on blood pressure medication or have diabetes then you should be very careful about taking ginger. It’s important to make sure that it does not interfere with your medication so have a conversation with your doctor beforehand.

To start, take 500mg-1g of ginger and see how you react then either increase or decrease your dose based on your reaction to the food or supplement.

The side effects of ginger are stomach discomfort, possible mouth irritation, heartache, lightheadedness, and blood thinning.

Overall, ginger is safe to use and can be taken without risk of adverse health effects as long you are not already on medication or consume significantly more than 5g of ginger in one day.

Where Should You Buy Ginger?

You can buy ginger both as a root on its own and as an extract supplement.

Ginger can be grown easily and will produce a fully formed plant after 6-10 months. To plant ginger, all you need is part of the rhizome and an available plot of loose soil.

Most supermarkets also have ginger and you can purchase it there. A lot of restaurants and cafes will cook with ginger as well or serve it in tea so finding good sources should not be difficult.

To save money and include ginger in your diet more easily, you can supplement with a ginger extract.

This ginger root extract powder at Bulk Supplements is a great way to add pure ginger to food, drinks, or just on its own without any added fillers or sugar.

For more on hormones, supplements, and diet, such as pine pollen and testosterone levels and pine bark extract, click here.