How Nasal Breathing Can Improve Performance 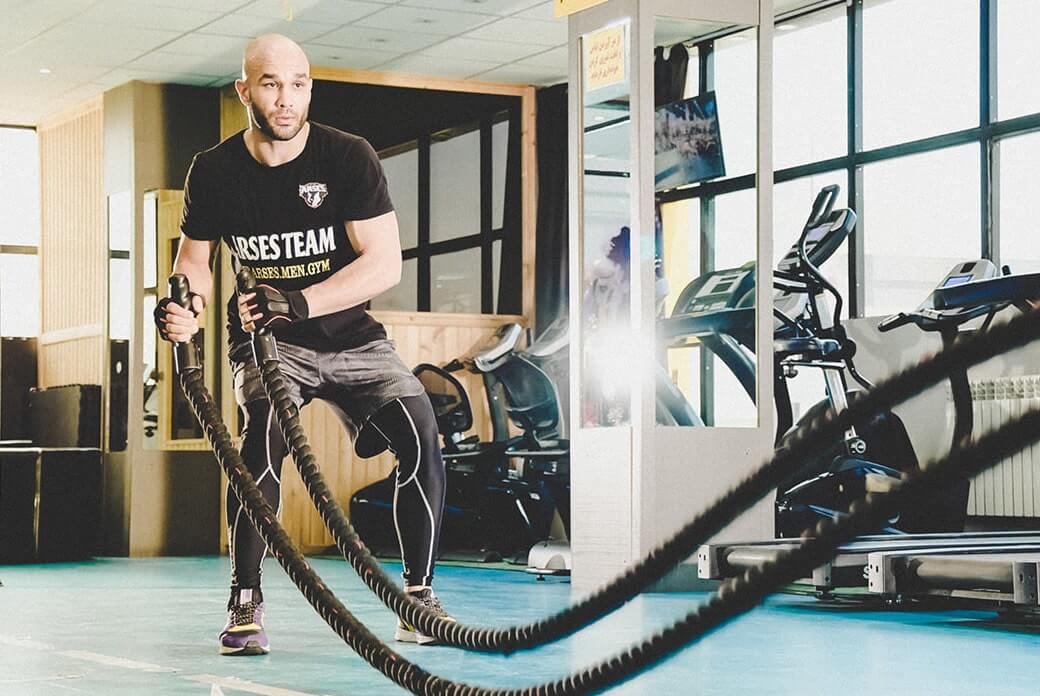 Most people have heard that breathing through your nose and out your mouth is the best way to train. For runners, one of the first things which is taught is that it is essential to breathe in through their noses, not their mouths. This is true for all athletes and can be applied for improved performance in lifting, cardio, stretching, sports training, and all other forms of activity.

The are many reasons for this. For increased performance during training the primary benefits of breathing in through your nose are that you will increase the body’s production of nitric oxide, filter the air you are breathing better, warm the air for the lungs, increase the size of the lungs, avoid inflammation, raise your CO2 tolerance, help improve oxygen absorption, increase muscular endurance, positively affect cognitive function, and increase overall levels of energy.

This is a long list of benefits to nasal breathing but these are all backed up by research and can be obtained though proper breathing techniques.

Increased levels of nitric oxide will improve blood flow by relaxing and dilating blood vessels. By improving blood flow, your workouts and recovery will improve because the body will be able to send oxygen and nutrients more efficiently to the muscles being trained.

Nasal breathing is able to do this because the nasal airways which air travels through excrete nitric oxide. Breathing through the mouth bypasses this natural mechanism and lowers the natural amount of nitric oxide present in the body.

Another study found that this nitric oxide increase from nasal breathing is impactful enough to help fight viruses including COVID-19 and that breathing through the mouth lowers the antiviral response in the body.

Nitric oxide directly correlates to strength and intensity during training. This is because elevated levels of nitric oxide have a positive effect on muscle contraction, circulation, and mitochondria respiration, all of which will boost your performance in exercise, lifting, and athletic pursuits.

Nitric oxide is also able to increase testosterone and decrease cortisol. This effect will improve both performance and recovery since male sex hormones such as testosterone play critical roles in strength, energy, building muscle, and the ability to train intensely.

Nitric oxide is able to increase testosterone by stimulating gonadotrophin secretion. This study found that nitric oxide activates both the release of luteinizing hormone-releasing hormone (LHRH) and gonadotropins through the activation neural NO synthase.

Another study also done on nitric oxide confirms this effect and found an increased stimulation of gonadotropins in the pituitary gland from enhanced nitric oxide which was able to raise levels of testosterone.

Regarding nitric oxide and cortisol, this study was able to conclude that nitric oxide inhibits cortisol production by regulating adrenocorticotropic hormone (ACTH).

Cortisol is needed by the body in order for the fight or flight response to occur in response to danger but besides high stakes situations, chronically high levels of cortisol are detrimental to gains, performance, recovery, and overall wellbeing. This negative effect on performance and recovery is because cortisol is catabolic. This means it helps breakdown molecules which is not ideal for building muscle or exercising optimally.

Some other benefits of a nitric oxide increase are cured erectile disfunction, higher energy levels, improved cognition, and improved mood. All these other benefits mostly result from better blood flow and balanced hormones.

Along with increased levels of nitric oxide, nasal breathing also has a positive effect on the oxygenation of bodily tissue. One of the main reasons that breathing through your mouth is bad is that it skews the ratio of oxygen to CO2 (carbon dioxide) in the blood. When oxygen levels become too high and CO2 levels fall too low, the oxygenation of bodily tissue is negatively impacted.

This increase in the amount of oxygen released when CO2 levels are at a higher, optimal range is known as the ‘Bohr effect‘.

The Bohr effect states that nasal breathing increases the amount of CO2 in the blood because it forces a smaller intake of air which means that the gases inhaled are better absorbed and used. When breathing through the mouth, less CO2 is inhaled and absorbed because most of it is exhaled immediately. This impairs the release of oxygen to be used from cells.

There are other reasons not to breathe through your mouth in addition to improved physical performance. These are improved cognition, lowered inflammation, lung health, and higher levels of mental energy.

Nasal breathing can also lower inflammation and improve lung health by humidifying and filtering the air you are breathing. This brings the air to an optimal temperature before reaching the lungs. The lungs are not designed for large variances in air temperature and can easily become inflamed and dysfunctional from mouth-breathing. Since nasal breathing will improve lung health, this will also have a positive effect on performance and recovery since proper functioning of the lungs is crucial for all physical activity.

For more on training, such as the benefits of mobility training for weightlifting and why you should do stomach vacuums, click here.