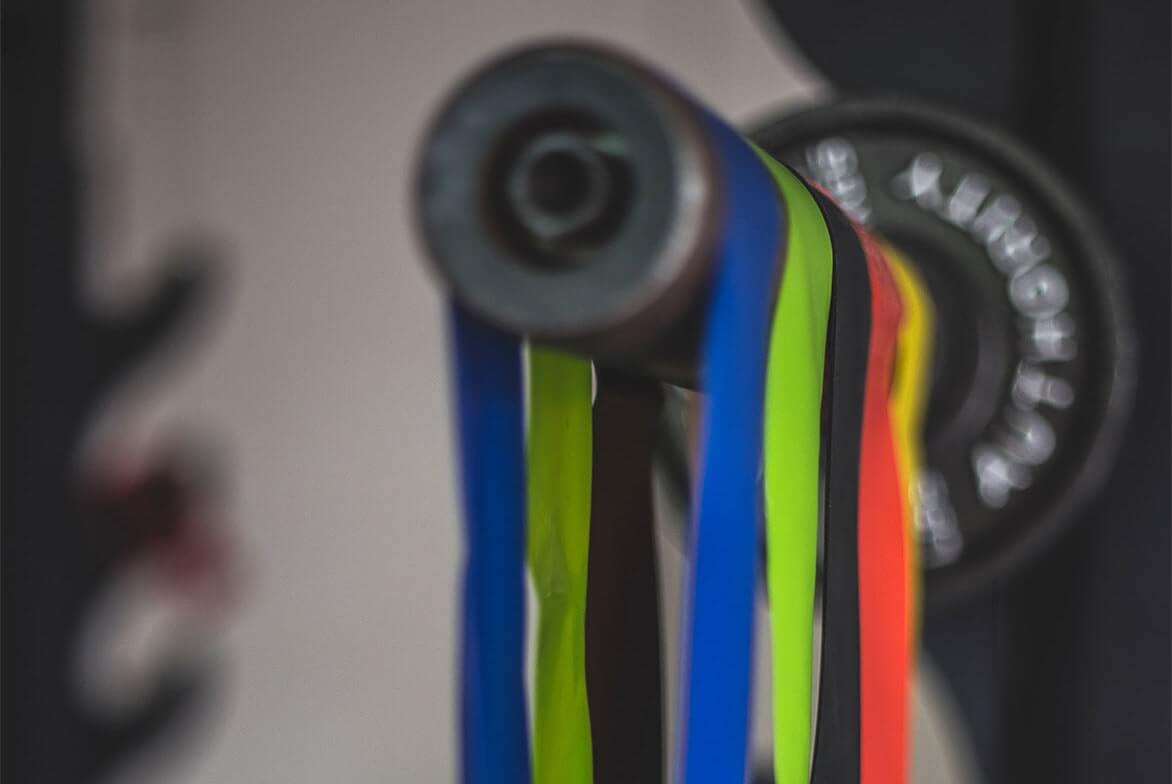 Resistance bands are one of the best alternatives to weights for providing resistance during workouts. While weights are easy to use and effective for training, resistance bands have several advantages such as providing consistent tension and being easy to transport.

If you workout at home or want to maintain you muscle while traveling, resistance bands are a cost-efficient tool for accomplishing those goals.

These are some of the best exercises to target biceps in a resistance band arm workout. Doing all these exercises ensures that both the short and long head of the biceps are activated fully.

Inward curls are done by standing on the resistance band and doing curls while keeping your arms angled in to your body. Pull the band in toward the center of your body instead of just curling up and down. Inward curls mainly stimulate the long head of the biceps.

Reverse curls are done like regular curls except with your hands over the resistance band instead of underneath. Reverse curls help with grip strength and activate the short head of the biceps.

Finally, drag curls are one of the best bicep exercises for activating the long head of the biceps. To do drag curls, use an underhand grip on the resistance band and do a bicep curl without changing the distance between your body and your hands. Your shoulders and elbows should both rotate back without your hands moving forward, only up and down.

All of these exercises can be watched by clicking on one below.

These are some of the most effective resistance band exercises for triceps.

Tricep kickbacks are performed by bending over while keeping your back straight and extending your arms back behind your body. The resistance band should be held down under both your feet and you should feel the contraction of the tricep during each repetition.

Reverse grip pushdowns require a door, bar, pole, or some sort of fixture to fasten the resistance band around. The easiest way to do them is just to tie the middle of your resistance band in a knot and use that knot to secure it on the other side of a door by closing the door on it. If your door frame can not fit the resistance band through, other items like a tree or rail can work as well, just make sure the resistance band is fastened at shoulder height or above.

Once you have the resistance band fastened to an object, hold it with an underhand grip and extend your arms down without letting your shoulder come forward. Hold the bottom of the movement and make sure that the eccentric portion when bringing your arms back up is done slow and controlled so that the time under tension is kept as high as possible.

Tate presses are done by either looping the resistance band around your back or running it below the bench you are on, then crossing the band in front of your chest to form an ‘X’. While holding the ends of the band, extend your arms out, increasing the ‘X’ shape and activating the triceps.

Click on any of these exercises to see a video that demonstrates it.

This is an example of a full arm workout using these resistance band exercises. There are 5 sets total and each set is made up of 2 different exercises.

The rep ranges are recommended based off the time it should take do 1 rep as well as the difficulty of the exercise. This workout is best done with around 45 second rests between each set and can be repeated multiple times if needed. This workout would also be a good evening feeder workout to do for recovery after training arms the previous day.

Resistance bands are great for supplementing more expensive gym equipment and can form the foundation for any workout by providing consistent resistance.

For more on training, such as 5 bodyweight exercises for a full-body workout and forearm isolation exercises, click here.