Long Head vs. Short Head of the Biceps

Home » Training » Long Head vs. Short Head of the Biceps 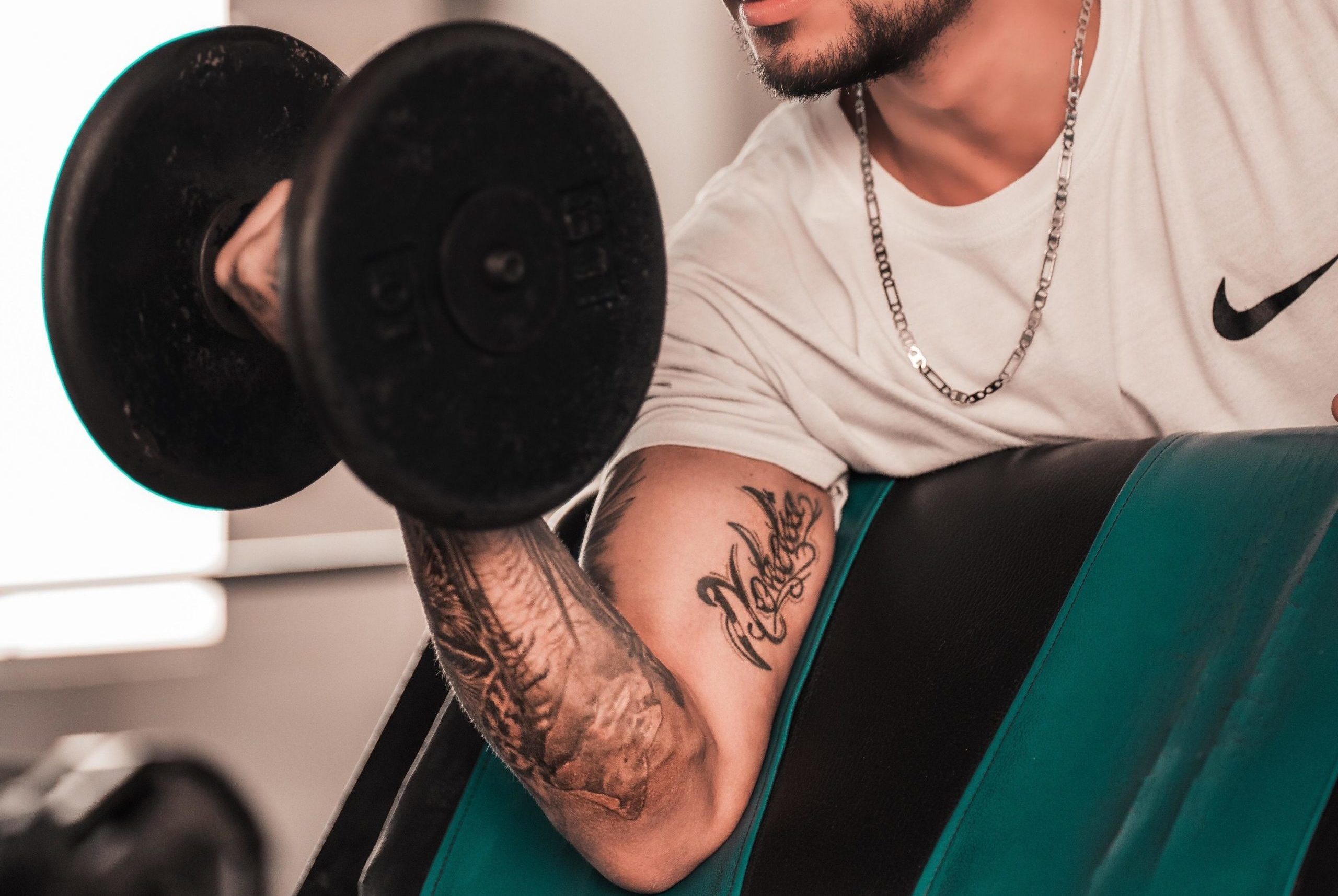 There are several important distinctions that need to be made between the long head and the short head of the biceps. These differences are beneficial to understand in order to increase control over how the biceps is trained and how it grows.

The biceps, or biceps brachii, is a large flexor muscle composed of two heads, the short head and the long head. These heads are attached by tendons and work together as one muscle, controlling movements of the elbow and shoulder.

The long head of the biceps is situated more towards the outside of the arm while the short head of the biceps is positioned more towards the inside of the arm. Due to their positioning, stimulating growth in the different heads can be done through different exercises. Although they always both contract together, by altering shoulder positioning and angle, the short and long head can each be targeted.

Targeting individual heads of the biceps can be ideal for multiple reasons. The predominant reason for targeting them separately is efficiency. Instead of working out both heads at the same time with both heads working together evenly, hitting mostly one head at a time will force each head to respond to higher stimulation causing higher amounts of growth than if they are grouped.

Another reason for targeting the individual heads is that it is common for the long, outside head of the bicep to lag behind the short head due to it receiving less overall training. In order to correct this and improve the size and strength of the overall bicep, the long head will need to be specifically targeted.

Before listing the exercises to target the long head, how to differentiate between the short head and long head of the biceps needs to be understood.

The short head of the biceps is going to be the most visible when watching someone flexes their biceps with their arms raised from the front. This pose is called the front double biceps and highlights the biceps peak.

The exercises which place the most emphasis on the short head of the biceps are movements like the preacher curl, Arnold curls, and any other curl which is done by contracting the biceps while the shoulder is in a raised, forward position.

By flexing the shoulder forwards, the shorter head of the biceps is activated better. This shoulder positioning is called shoulder flexion and is the best way to target the short head.

To isolate the long head of the biceps, the shoulder needs to be in extension. This means the shoulder must be rotated so it is more behind the body rather than to the side.

Another exercise for targeting the long head of the biceps is the drag curl. Drag curls can be done with both barbells and dumbbells however will work best with barbells. This movement could also be done with resistance bands as long as there is control over the curl as it’s done.

To do a drag curl, hold the weight and slowly raise it to your chest dragging the barbell, or dumbbell, along your body instead of curling it in front of you. Your shoulder will naturally rotate back and your elbows will bend out and back if you keep the weight an equal distance from your body. It is important for this exercises to keep your body from moving so as not to assist the long head from moving the weight.

For further depiction of the drag curl, this video demonstrates the movement also.

Drag curls are regarded by some to be the single best exercise for biceps and are certified to improve the biceps peak if they are done with enough volume and correct form. Both the concentric and eccentric phases of drag curls are important so use a weight which can be controlled on the way down.

For more on differences between muscles and how to optimally train, such as how to cut while maintaining muscle and strength and how long a workout should last for building muscle, click here.