How Sunlight on Testes Can Boost Testosterone

Home » Lifestyle » How Sunlight on Testes Can Boost Testosterone 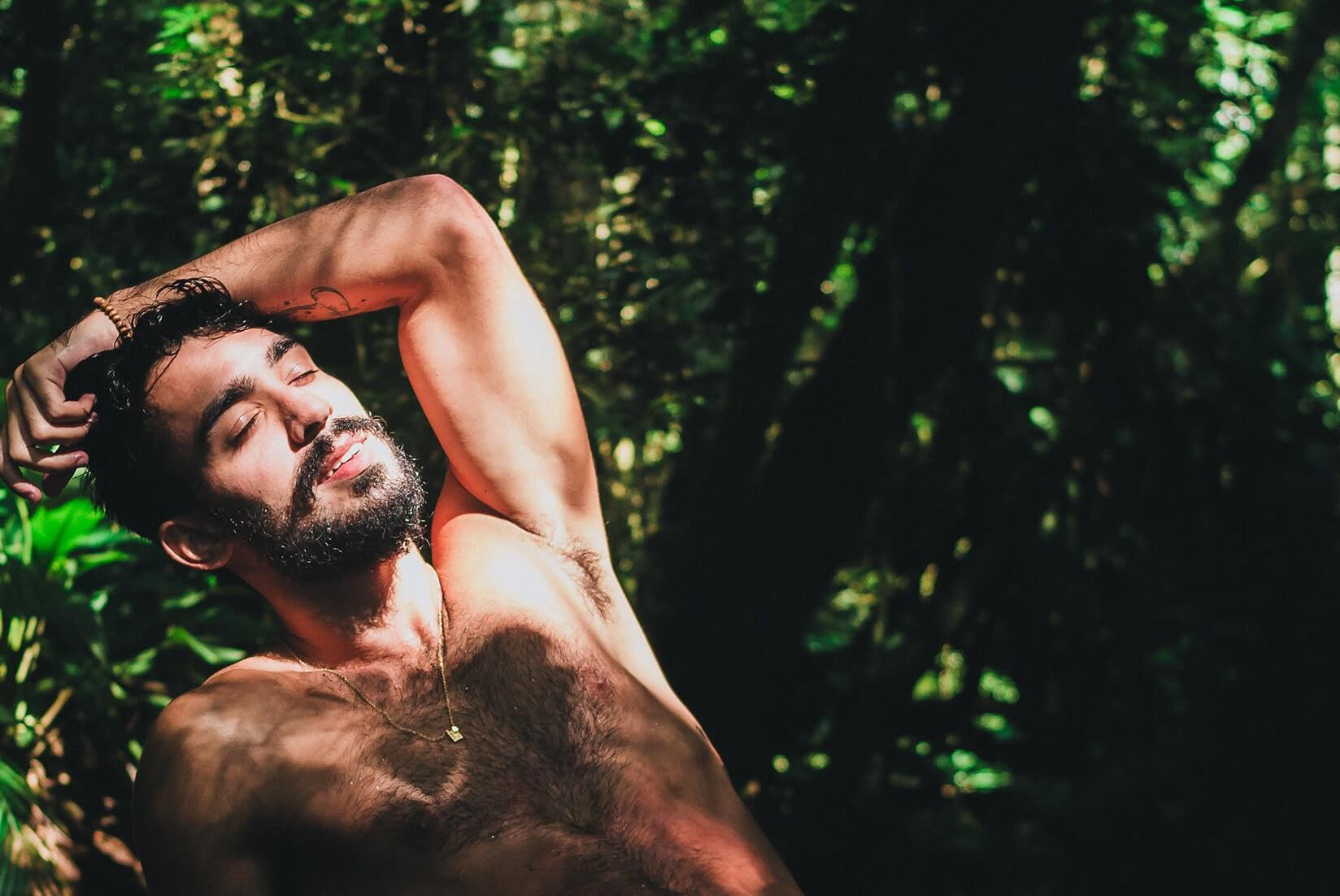 It is understood by most people that sunlight is important. Without spending time under the sun, you become deficient in vitamin D and can experience a large number of adverse effects resulting from this such as depression, anxiety, loss of drive, lower energy levels, low libido, and more.

Vitamin D behaves more like a hormone than a vitamin in the body, and is needed for healthy levels of norepinephrine, epinephrine, dopamine, serotonin, and testosterone. Sunlight can have a positive effect on male sex hormones by increasing vitamin D through a chemical reaction between UVB rays and the protein, 7-HD7.

Gabe Kapler, former major league baseball player, has famously said that he often gets sunlight on his testicles for improved health and strength. He chalks this up to how sunlight affects the rest of the body and that “natural exposure” to the sun is likely more effective than simply getting sun on your arms and legs.

He also cites a 1939 study done on sunlight exposure to different areas of the body. This study is commonly referenced and is the only currently published work of scientific literature on the topic of sunlight and testes. The study found that testosterone levels increased 200% after exposure to UV light. It compared UV exposure to the genital area with UV exposure to a similarly-sized area on the lower back, the group of men that received UV exposure to their genital area showed a “definite rise” of testosterone metabolite excretion in the urine whereas the group of men who had an area of their lower back exposed did not yield any substantial results.

When compared to the chest, the testes also proved to be more efficient at increasing testosterone. UV exposure on the chest increased testosterone by 150% which did not surpass the 200% increase that the testes proved to accomplish.

While a single study on UV exposure to testes is not the most concrete foundation for practicing this method of optimizing hormones, the scientific rationale behind this strategy is backed with logic and there is ample anecdotal evidence to support this practice as well.

There are multiple components of sunlight that have different effects on the body, such as blue light, red light, UVA light, and UVB light.

UVB light is responsible for vitamin D production, energy levels, and mood. Red light is associated with increased testosterone, lower cortisol, improved mitochondrial function, and also enhanced mood. Blue light, the same light that is absorbed from LED screens, is needed for a healthy circadian rhythm and is present mostly in the first several hours of the day.

The sun provides all these forms of light, but UVB rays and red light are the most beneficial for testosterone since vitamin D plays a role in testosterone production and red light stimulates the leydig cells in the testes directly to produce male sex hormones.

The Benefits of Sunlight Exposure on Testes

The explanation for why exposing your testes to sunlight is able to yield more of these benefits than simply getting sun on your chest and back is that red light and near infrared light (both present in sunlight) have been proven to stimulate leydig sells in the testicles to produce male sex hormones. There is also evidence, primarily the study linked above, that exposing your testes to the sun can accelerate the capacity of the body to convert sunlight into vitamin D3 and heightens the potency of vitamin D as a precursor to testosterone.

These are the benefits of sunlight exposure on testes:

Getting sunlight on your testes can have a significant positive effect on your hormones. Red light from the sun can be absorbed directly by your testicles and has been found to stimulate the production of testosterone in the leydig cells.

This study and this study both found that red light can have a positive impact on testosterone and male hormones. This study on the effect of red light therapy on the testes found that serum testosterone increased to the extent that it may be able to serve as a viable substitute for traditional TRT (testosterone replacement therapy).

Sunlight can also effect male hormones since it is needed for the production of vitamin D. This study and this study both found a strong correlation between sunlight, vitamin D levels, and testosterone. This study and this one also both found that sunlight can reduce levels of cortisol, the catabolic stress hormone. Lowering cortisol is helpful for improving the effects of anabolic hormones, building muscle, improving mood, and maintaining an optimal balance of health.

Another benefit from sunlight is better mitochondrial function.

Mitochondrial function and the production of ATP are both critical for physical and mental energy. By improving the mitochondrial energy production and increasing ATP, you will be able to lift more, get more done, feel better, and live a higher quality lifestyle.

Antimicrobials are substances that prevent the growth and spread of microorganisms such as viruses, bacteria, and fungi.

This study on vitamin D deficiency found that vitamin D derived from sunlight induces antimicrobial peptide gene expression. This effect increases immunity and boosts the defense of the body against infections and viruses.

Another study also found that sunlight made T cells (T lymphocytes) move “faster”. When T cells move more efficiently, they are able to respond to infections and bacteria quicker.

Alongside the positive influence on hormones, energy levels, and immunity, sun exposure on the testes can also increase blood flow.

Finally, the quality of your life can improve from the exposure of UV light and red light on your testes.

Since the increase of testosterone from sunlight has been found to be heightened when the testes are exposed, and many of the benefits on quality of life from sun exposure are caused by increased vitamin D3 and increased testosterone, the results of these studies on mood are likely advanced by full body exposure to the sun.

When Is the Best Time To Expose Your Testes To the Sun?

To gain both the benefits of red light and UV light, it is best to get sunlight when the sun is highest in the sky, around 11:30am-12:30pm. Because this is when the UV rays are strongest, you should be making sure not to overdo the time you are out under the sun.

How Long Should You Expose Your Testes To the Sun?

While absorbing sunlight has many advantages, moderation, especially when starting, is important.

The amount of time you should spend in the sun, wether you’re exposing all of your body to sunlight or not, is dependent on the amount of melanin in your body, the time of day you’re in the sun, and how your body reacts to sun exposure.

If you are someone that burns easily, do not expose your testes to sunlight for more than 5-10 minutes initially. You can increase this number over time but when starting, stay under 10 minutes to avoid excessive exposure to UV rays. If you are going out during the first or last few hours of the day then, since the strength of UV light will be lower, you can increase the time you are sunning your testes.

If you are have a higher tolerance to the sun and do not burn, then you can expose your testes to the sun for 20-30 minutes without fear of adverse effects.

Drawing a conclusion, exposing your testes to sunlight can increase testosterone and further advance the positive impacts on the body from red light and UVB exposure.

This hormonal effect of sunlight exposure on the testes results from direct stimulation of the leydig cells in the testes as well as the production of vitamin D3. The other benefits of full body sunlight exposure are lowered cortisol, better sleep, higher energy, improved mitochondrial function, better immunity, increased blood flow, and heightened mood.

For more on optimizing hormones, lifestyle, and training, such as wether or not feeder workout training is effective and the benefits of mobility training for lifting, click here.