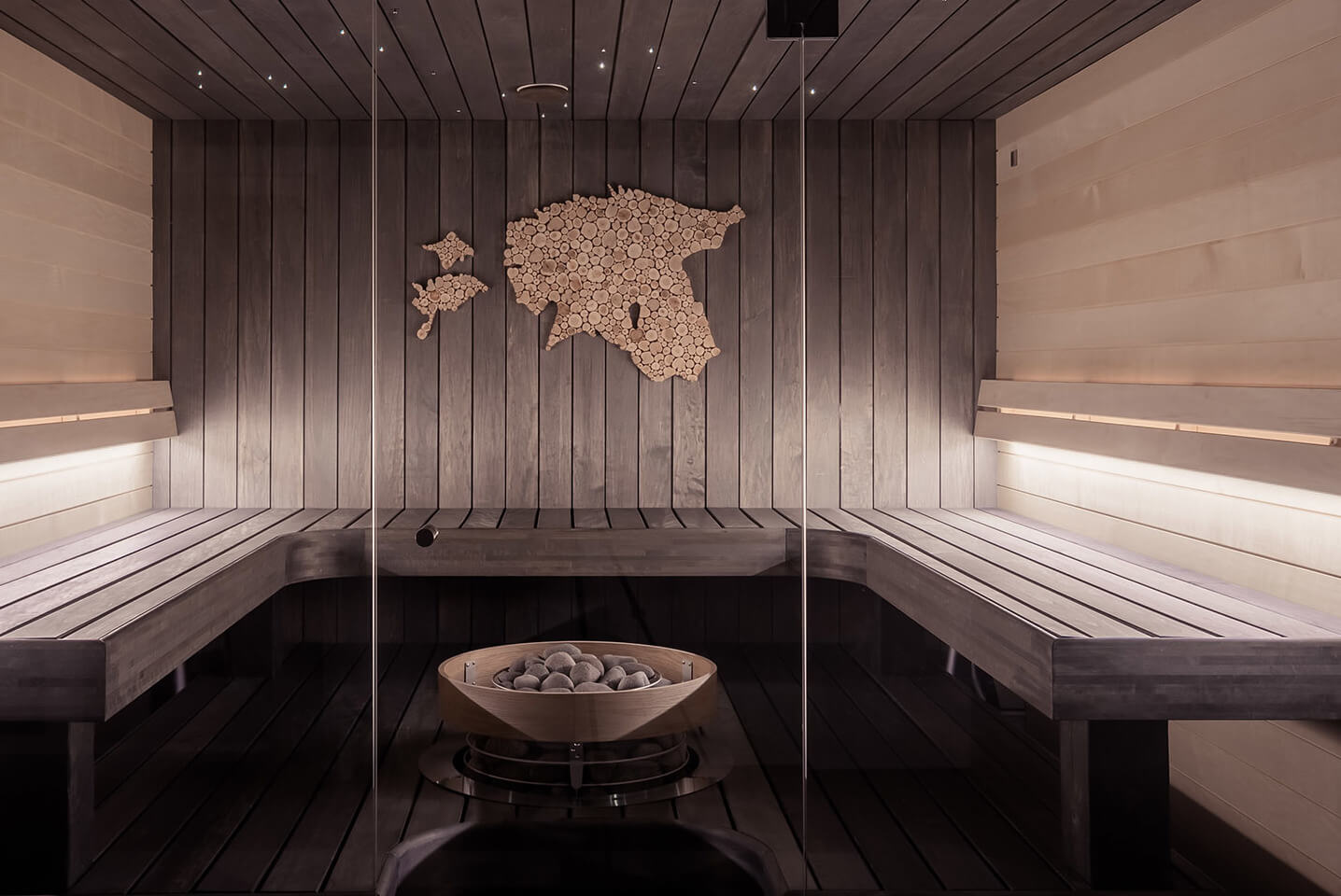 Many weightlifters swear by the ritual of partaking in long sauna sessions following training. Sitting in a sauna after workouts is believed to increase growth hormone, flush out toxins, prevent protein aggregation, improve circulation, elevate neurogenesis, and slow aging.

Saunas are also often used simply because they feel good. Just like warm baths and being outside under the sun, sitting in a sauna is a physically enjoyable experience. This feel-good sensation from being warm, according to studies, is caused by an increase in dopamine when your body temperature increases.

This dopamine increase from a higher body temperature combined with blood vessel dilation from sitting in a sauna can create feelings of relaxation and is calming for many people. Because of this, saunas are often used to bond with others and have conversations in a soothing environment.

The use of saunas for bonding and enhancing interpersonal relationships has existed for centuries and dates back to the Middle Ages. Some believe that saunas first were used as far back as the era of cavemen who may have used animal skin, fires, and caves to create a high temperature environment.

In modern times, saunas, or hyperthermic conditioning, is used by many people for an array of reasons. Saunas are popularly used in Finland, outnumbering the amount of cars. Many athletes also use saunas for weight loss and workout recovery, especially among boxers and wrestlers.

For recovering from workouts, the main benefits of saunas are the release of heat shock protein, the elevation IGF-1 (insulin-like growth factor-1) and HGH (human growth hormone), the increase in blood flow, the decrease in cortisol, and the lessening of tension in muscles.

The Proven Benefits of Sauna Use

These are all the benefits of using saunas that are backed up by research.

This study confirms this, it found that sauna use is correlated with a lower mortality rate. Another study also found that mild heat stress has anti-aging effects directly on human cells.

Using a sauna can also improve skin and hair health. This benefit does not entirely relate to muscle recovery but can be indicative of the overall benefit that sauna use has since clear, bright skin results from good circulation and health.

This study found that sauna use has a “protective effect on skin physiology” and improves water holding ability. This increase in water holding as well as the ability of sauna use to bring blood to the surface can have positive effects on hair as well.

For immunity, this study showed an increase in white blood cells which directly relates to how well the body can defend itself against bacteria and viruses.

The heat shock proteins affect on cellular protein and the hormonal response from sauna use are the the most important factors for how muscle recovery is affected.

Do Saunas Prevent the Misfolding and Aggregation of Protein?

Using a sauna is registered as a major stress on the body and forces the release of heat shock proteins which help cellular proteins go where they are most needed in the body.

However, this study found that being exposed to heat reduces muscle hypertrophy, lowers protein elevation, and reduces muscle protein concentrations.

How Do Saunas Affect Male Hormones?

From research, sauna use has generally been found to increase growth hormone, increase IGF-1, increase prolactin, and decrease cortisol.

This study done on male and female hormonal responses to sitting in a 176° F (80° C) sauna found that the hormones which changed from sauna use were cortisol, prolactin, and growth hormone.

This decrease in cortisol could benefit muscle recovery since cortisol is catabolic and can reduce the anabolic function of hormones like testosterone. The increase in growth hormone is large enough to have a positive impact on building muscle but the study also found that the growth hormone increase began declining after the third day of sauna use. Prolactin stayed consistently elevated in males which is not at all beneficial for muscle recovery and likely offsets any benefit from decreased cortisol and increased growth hormone.

Another study on sauna use found that once a person is accustomed to using saunas, the only hormones that are increased are ADH (antidiuretic hormone), growth hormone, and prolactin, and the only neurotransmitter that is increased in noradrenaline.

An increase in growth hormone will boost recovery since GH positively impacts tissue growth and the body’s use of energy but the increase in prolactin can negate these positive effects since it interferes with gonadotrophin-releasing hormone and inhibits the production of dopamine which correlates with testosterone.

It also found that sauna use increases beta-endorphins. Beta-endorphins are proteins, or more specifically, opioid neuropeptides released in response to stress. Beta-endorphins have been found to possibly improve muscle function and slow down muscle atrophy which may help with recovery after training.

A third study that examined hormonal responses to sauna use found that the increase in growth hormone from using a sauna returned to normal levels after 1 hour. This means that the time window during which growth hormone may boost recovery would mainly be during sauna use. Since most anabolic rebuilding of muscle tissue after training occurs during sleep, the growth hormone increase from using a sauna is likely not going to improve muscle recovery substantially enough to warrant the use of saunas for hormonal benefit and muscle repair.

The Negative Effects of Using Saunas

These are all the negative affects on muscle recovery and male hormones from sauna use.

After using a sauna, prolactin levels are 2-3 times higher. This increase lasts much longer than the increase in GH or IGF-1 and, according this study, was found to remain consistent in study participants throughout the week of sauna use.

Because of the prolactin increase, dopamine and testosterone will be adversely affected which offsets the anabolic advantage of a 1-2 hour long boost in growth hormone from sauna use.

Dehydration and fluid loss are also both negative effects from saunas that can inhibit recovery from training. While athletes that need to cut weight can benefit from less water in their body, most people do not.

Levels of protein synthesis following exercise are lowered if the body is dehydrated. This leads to slower recovery and inhibited muscle growth. Dehydration also has a negative impact on performance during training. This study found that dehydration from hot baths leads to lower muscular endurance and strength during workouts.

Regarding sperm count and motility, any exposure to heat including saunas greatly reduces fertility of men. This study and this study both found that sperm count, sperm quality, and the motility of sperm were all lowered from saunas. This reduction in sperm lasted up to 5 weeks even after sauna use was stopped.

Sperm production takes at least 70 days to complete so once this is hindered by a stressor such as saunas, the process will likely be disrupted for months. Sperm consists largely of trace minerals, amino acids, protein, vitamins and other compounds that the body needs. Unused sperm is reabsorbed by the body and can be used so a decrease in sperm count is not beneficial for muscle recovery, growth, or performance.

Overall, saunas may be beneficial for slowing aging, improving skin, boosting immunity, and decreasing stress, but for recovery they likely do not have a positive impact.

Neither dry heat from saunas nor cold water from ice baths have been shown to be worthwhile for recovery after training.

For more on recovery and training, such as how nasal breathing can improve your performance in the gym and the best number of days per week to train, click here.